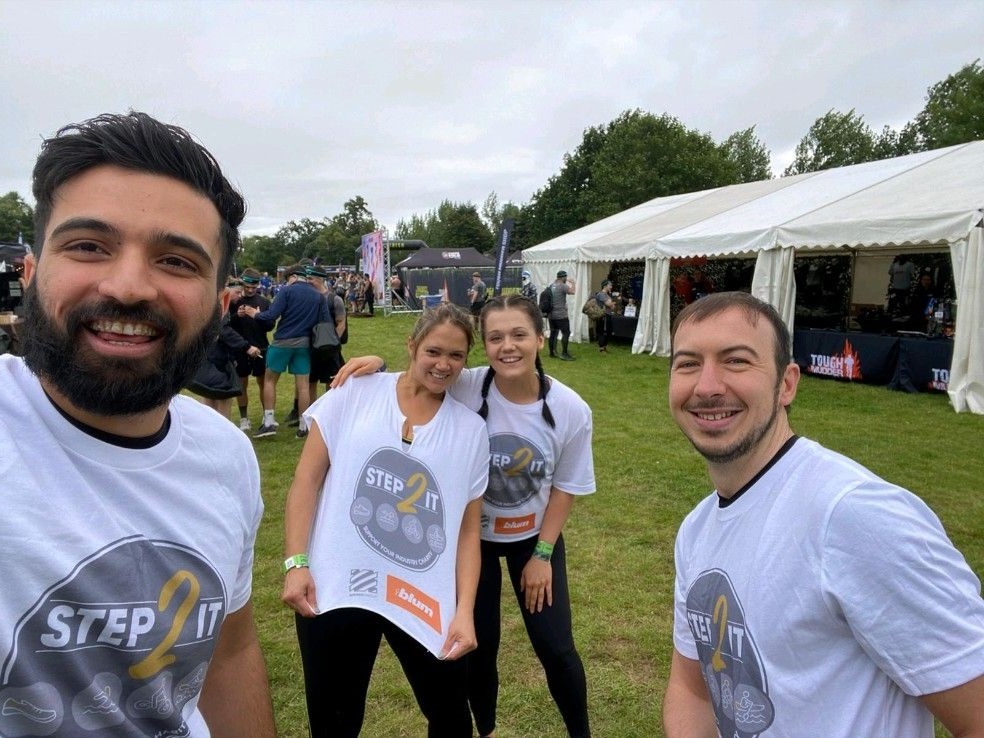 Furnishing industry businesses from around the UK stepped up to the challenge and helped raise a colossal £270,000 for the Step 2 It campaign, organised by The Furniture Makers’ Company, the City of London livery company and charity for the furnishing industry.

The campaign, which ran from May 2021 to April 2022, encouraged companies and individuals from industry to organise sports-based challenges and events in aid of the charity.

Throughout the year, hundreds of people got involved with the campaign, helping the charity beat its £250,000 target. In addition to countless events held around the country, Step 2 It was heavily supported by several sponsors from the trade.

David Woodward, Immediate Past Master, said: “Step 2 It clearly resonated with the industry as the support we received was phenomenal. Every month there seemed to be a new supporter-led event going on, whether it be a staff abseil, 24-hour ping pong tournament, fun run, hike, long-distance cycle, danceathon, charity ball, canal walk – we had the lot.

“Thank you so much to everyone who organised or took part in a fundraiser, or if you sponsored someone who was challenging themselves. A very special mention of thanks to our gold, silver and bronze campaign sponsors. Thanks to you all, we surpassed our target.”

Steve Bulmer, managing director of gold sponsor Biesse Group UK, said: “We felt that it was important to support the Step 2 It campaign as a gold sponsor because it’s a fun way of getting people involved with the charity while raising money for this important cause. We wanted to be part of this campaign because not only are we corporate members, but we want to fully support the industry and help those working in it.”