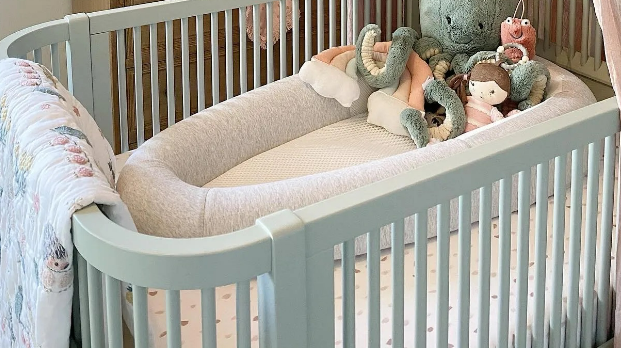 Children’s furniture business Weybury Hildreth Ltd, trading as Purflo, has been rapped over safety certification claims on a bed product.

The Advertising Standards Authority (ASA) launched an investigation into two issues where Purflo advertised its ‘Sleep Tight Baby Bed’ product claiming certified safe sleeping, the first of its kind and safety testing accreditation via UKAS, as well as surpassing the safety standard BSEN 1466.

These claims were disputed by Enfant Terrible Design AB, trading as DockATot, a baby pod manufacturer. They challenged that the safety claim ‘certified safe for unsupervised, overnight sleeping’ was misleading as there were no recognised standards for testing baby nest or pod products.

Furthermore, DockATot said the claim ‘BSEN 1466 – Tested to relevant aspects of the carrycot standard that enable its safe use overnight’ breached regulations as they believed the standard did not apply to the product.

Purflo responded to the complaints and believed its testing evidence provided met the claims, adding that in relation to the safety standard BSEN 1466, it selected two clauses 7.1.2.3.2 ‘Effectiveness of the retaining sides’ and clause 7.1.2.1.1 ‘Rigidity of side walls’.

They said that those test methods were selected to ensure the child could not roll out of the bed, and that it did not present a suffocation or overheating risk, which they said was known to be associated with SIDS (sudden infant death syndrome).

Purflo said that they had not – and would not in the future – claim that the product met the standard in its entirety, but only the aspects of that standard which they believed were relevant to their product and their claims.

The ASA ruled to uphold both issues on safety and standard claims.

“The ASA considered that consumers would understand the claim that the Sleep Tight Baby Bed was ‘certified safe for unsupervised, overnight sleeping’ to mean that the product had met or exceeded relevant safety testing standards that were applicable to its design and use, and that the product had been awarded a specific relevant certificate by a relevant body to prove that.

“To support the claim, Purflo relied on testing data, which they provided to us in the form of a technical file containing documents covering risk assessments, product specification, a testing check list, fabric testing, flammability testing, components testing, cot/crib (overnight use) testing, air flow testing, quality assurance documents, product self-certification, supplier declarations, factory assessments, labels/warnings, and packaging/instructions for use. However, the file did not include the award of a specific relevant certificate demonstrating that it had been certified safe, in line with the claim.

“Because we considered that the phrase ‘certified safe’ would be understood by consumers to mean that a distinct certificate had been awarded to the product, and because that was not the case, we therefore concluded that the claim was misleading.”

On the second issue, the ASA added: “Because consumers were likely to understand that the product had been tested to a safety standard that was established as being relevant to the product, and that was not the case, and because it did not clearly state that the entire standard was not applicable to the product, we concluded that the ad was misleading.

“We told Purflo to ensure that their advertising did not imply that their products had achieved specific certification when such a certificate did not exist, or had not been fully met. We also told them to ensure that when using aspects of an existing safety standards, they did not misleadingly give the impression that the product had been tested to a safety standard that was established as being relevant to the product.”