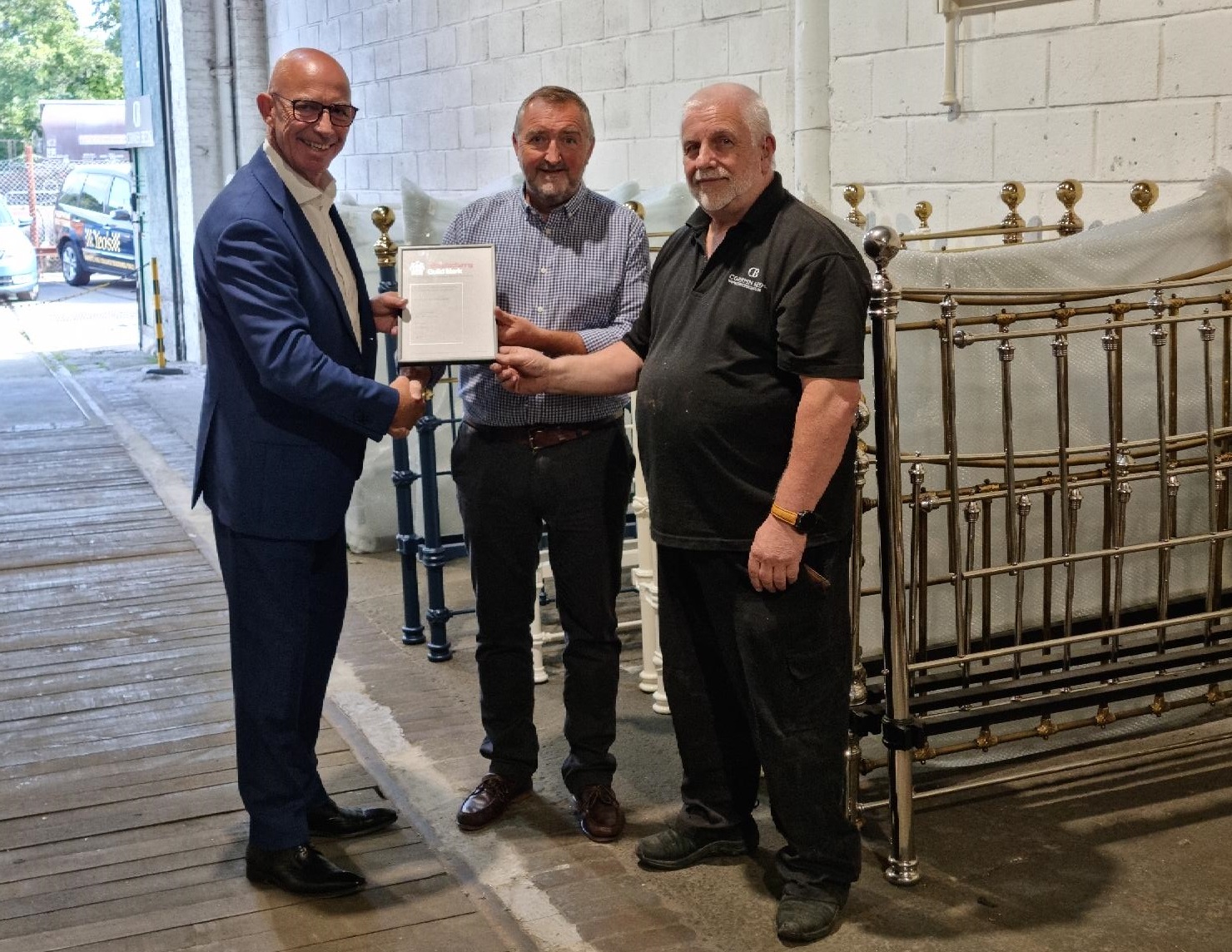 The Cornish Bed Company, the last remaining hand cast metal bed making foundry in the UK, has been awarded the prestigious Manufacturing Guild Mark from The Furniture Makers’ Company, the City of London livery company and charity for the furnishing industry.

Sponsored by Biesse Group and Microvellum, the Manufacturing Guild Mark has been the mark of excellence, distinguishing Britain’s top furnishing manufacturers, since 1993. The Mark is awarded to companies that demonstrate high standards across seven assessment criteria: design, product development and function, manufacture, human resources, financial stability, sustainability and sales and marketing.

Steve Bulmer, Manufacturing Guild Mark chairman, visited the Cornish Bed Company’s foundry in Par near St Austell on 20 September 2022 and presented Garry Smith, director at the company, and Barry Riddle, one of the business’s longest serving craftsmen, with the certificate of authentication.

Garry Smith, director at the Cornish Bed Company, said: “We’re incredibly proud to have been awarded the Manufacturing Guild Mark. It’s an honour to receive this award that recognises the high standards of quality and attentiveness we as a business strive to meet in everything we do.”

“They are a small team but can all be very proud to have achieved the coveted Guild Mark, which celebrates the best of British Manufacturing in the furnishing industry. I wish Garry and the team the success they deserve in the future using the Manufacturing Guild Mark as a valuable tool to go from strength to strength.”