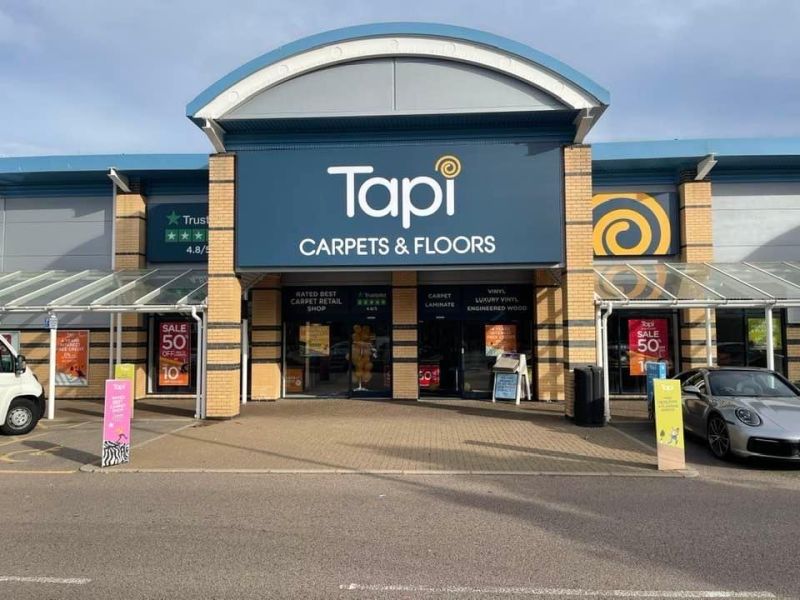 Carpet retailer Tapi Carpets & Floors has announced the opening of its new store in Southend and a ‘golden ticket’ competition across its store network.

The new store is located in Airport Retail Park on Rochford Road, Southend-on-Sea, and becomes Tapi’s 170th store in England, Scotland and Wales.

Tapi Southend joins eight other locations the retailer has opened in during 2022, which includes stores in Oxford, Bromborough, Worcester, Carlisle, Doncaster, Bognor Regis, Huntingdon and Llandudno.

Furthermore, Tapi has announced the launch of its golden ticket competition where a customer has the chance to win an interior design consultation with designer Banjo Beale, plus up to the value of £2,500 worth of Tapi flooring.

Banjo is an interior designer from Australia, based on the Isle of Mull in Scotland, and has strong core design values of sustainability.

Two runners-up will win up to the value of £500 worth of Tapi flooring, while 23 mystery prizes are also part of the competition.

Commenting on the competition, Tapi said: “With a winning ticket, you can choose between a range of flooring styles, from comfy carpet to lavish laminate, and excellent engineered wood! Whatever style floats your boat, we have an incredible collection of floors that you can pick from with one of the winning golden tickets.

The competition runs until Wednesday, July 20, with one golden ticket to be found in every store.