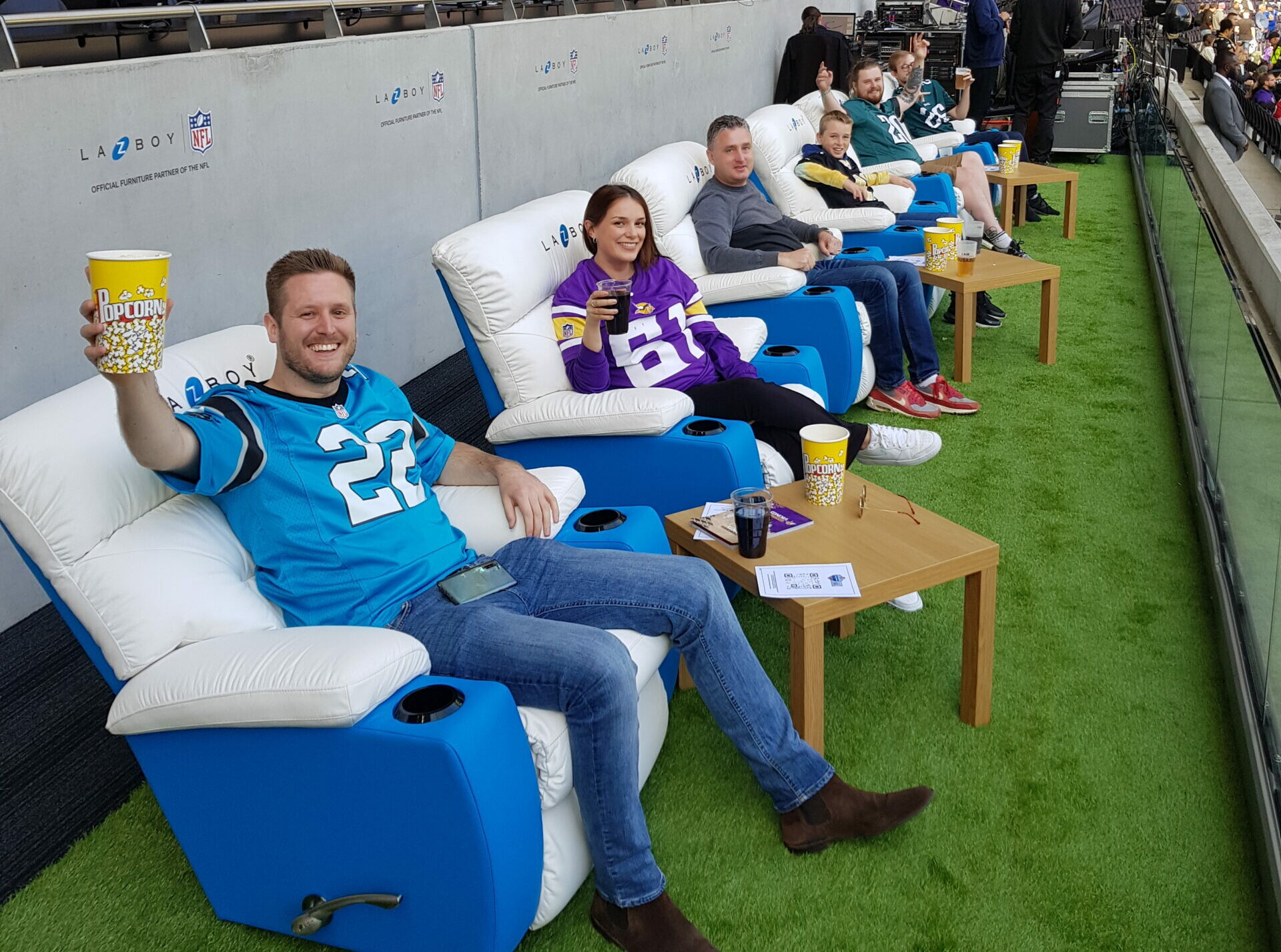 Twelve competition winners have enjoyed an NFL match in comfort and style in one of La-Z-Boy’s new Spectator recliners.

As the official furniture partner of the NFL London Games, La-Z-Boy UK held a competition offering three pairs of tickets for the ‘best seats in the house’ at each of the NFL games being held at the Tottenham Hotspur Stadium.

On Sunday, October 2, the first six winners got the VIP treatment at the match between the Minnesota Vikings and the New Orleans Saints. And on Sunday, the second set of winners watched the New York Giants take on the Green Bay Packers.

The six pairs of winners were able to watch the games from the comfort of one of La-Z-Boy’s new Spectator recliners in an exclusive VIP seating area with an amazing view of all the action. Designed in honour of La-Z-Boy’s partnership with the NFL London Games, the set of six rocker recliners were custom-built for the event in the NFL’s signature blue and white colours.

The winners enjoyed complimentary refreshments throughout the game, brought to them in their seats, which included two built-in cup-holders to keep food and drinks close to hand. The prize also included a touch line experience, where the winners were able to get close to the action at the edge of the pitch while the teams warmed up. This was also a great opportunity for them to meet retired NFL stars attending the game and soak up the atmosphere before kick-off.

The furniture brand has also given away a number of standard tickets at the NFL London Games, including the final match at Wembley Stadium when the Jacksonville Jaguars will play the Denver Broncos on October 30.

The Spectator chair is also now available to buy from selected furniture retailers in the UK. With a comfortable foam seat, the versatile chair includes the patented La-Z-Boy handle recline action, with a choice of recline angles.

It comes in a choice of five leather colourways, has two in-built cup holders for drinks and snacks and can also be used as a rocker.