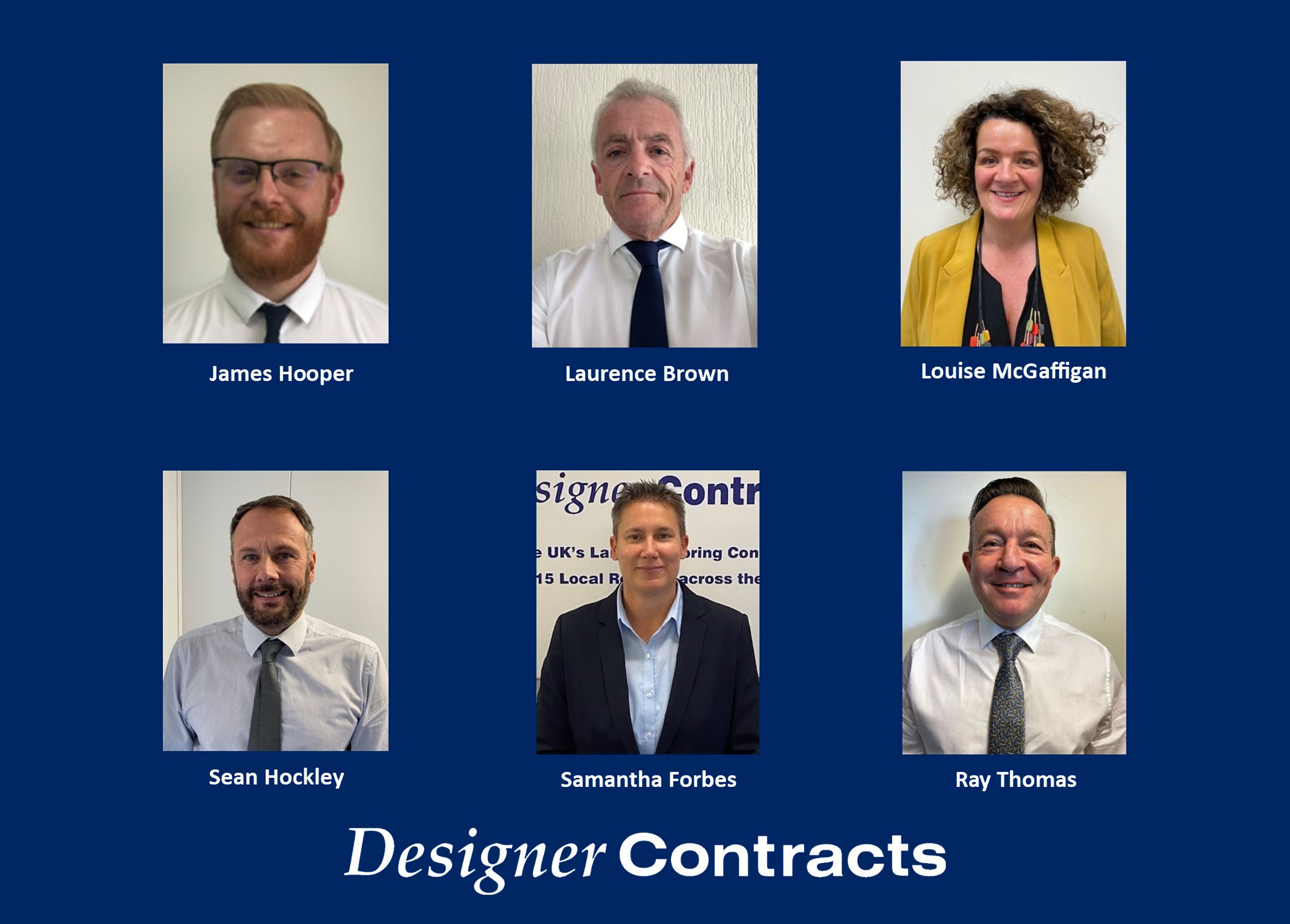 Flooring contractor Designer Contracts has made a further round of senior appointments to support its growing business.

The Chesterfield-based company, which announced four key appointments over the Summer, has now recruited five more senior staff and promoted an existing employee.

Said commercial director Louise Walters: “These new appointments represent the culmination of a year long recruitment drive. The company is highly focused on securing the right team of people to take the business forward and we are delighted to have secured the services of so many talented new people to join our successful team. People are at the heart of what we do and vital to our future growth.”

James Hooper has been promoted to senior contracts manager for the West Midlands area. Birmingham-born James has a background in warehousing and distribution and undertaken a number of roles since joining Designer Contracts. He now takes responsibility for managing the delivery and fitting of all orders and any rectification work.

Ray Thomas is among the five new joins, taking on the role of senior contracts manager for the South West region. After a career that has seen him establish a family double glazing business and work across wide-ranging roles in the flooring sector, Torquay-based Ray hopes his breadth of experience will help him grow both his region and the team he works with.

Louise McGaffigan takes on the role of sales manager in the North West office. Now living on the West Pennine Moors, Louise has a strong sales background with experience in the operational and sales management side of kitchen manufacturing as well as newspaper advertising.

Samantha Forbes joins the company as sales manager for Yorkshire having previously worked as a sales consultant for a furniture retailer for nine years. Based in Leeds, Samantha grew up in Anglesey, North Wales and in the past has also worked as a casino manager.

Taking on the role of area manager for Wales and West is Somerset-based Sean Hockley who has worked in the flooring sector for some 35 years – from contract flooring fitter to sales and estimating. He said: “Having had 35 years in the flooring trade I am hoping to bring lots of experience and knowledge to the team.”

Also new to the Wales and West team is Laurence Brown who has just joined as senior contracts manager. Cardiff-based Laurence also has vast experience in the flooring sector having spent some 30 years in contract flooring as a self-employed floor layer and contract manager.